Sikhism, the youngest of the world religions, is barely five hundred years old. Its founder, Guru Nanak, was born in 1469. Guru Nanak spread a simple message of “Ek Ong Kar”: we are all one, created by the One Creator of all Creation. This was at a time when India was being torn apart by castes, sectarianism, religious factions, and fanaticism. He aligned with no religion, and respected all religions. He expressed the reality that there is one God and many paths, and the Name of God is Truth, “Sat Nam”.

Guru Nanak’s Hindu and Muslim followers began to be called Sikhs (learners). He taught them to bow only before God, and to link themselves to the Guru, the Light of Truth, who lives always in direct consciousness of God, experiencing no separation. Through words and example, the Guru demonstrates to followers how to experience God within themselves, bringing them from darkness into light. Guru Nanak was a humble bearer of this Light of Truth. He opposed superstition, rituals, social inequality and injustice, renunciation and hypocrisy and inspired seekers by singing divine songs which touched the hearts of the most callous listeners. These songs were recorded, and formed the beginnings of the Sikhs’ sacred writings, later to become the “Siri Guru Granth Sahib”.

Guru Nanak taught his way of life:
Nam Japa – To get up each day before sunrise, to clean the body, meditate on God’s Name and recite the Guru’s hymns to clean the mind. Throughout the day, continuously remember God’s Name with every breath.Dharam di Kirat Karni – To work and earn by the sweat of the brow, to live a family way of life, and practice truthfulness and honesty in all dealings.

The foundation of Sikhism was laid down by Guru Nanak. Guru Nanak infused his own consciousness into a disciple, who then became Guru, subsequently passing the light on to the next, and so on. The word “Guru” is derived from the root words “Gu”, which means darkness or ignorance, and “Ru”, which means light or knowledge The Guru is the experience of Truth (God).Each one of the ten Gurus represents a divine attribute:Guru Nanak – Humility
Guru Angad – Obedience
Guru Amar Das — Equality
Guru Ram Das – Service
Guru Arjan – Self-Sacrifice
Guru Hargobind – Justice
Guru Har Rai – Mercy
Guru Harkrishan – Purity
Guru Tegh Bahadur – Tranquility
Guru Gobind Singh – Royal Courage

The Making of the Khalsa
Guru Gobind Singh was the last Guru of the Sikhs in human form. He created the Khalsa, a spiritual brotherhood and sisterhood devoted to purity of thought and action. He gave the Khalsa a distinctive external form to remind them of their commitment, and to help them maintain an elevated state of consciousness. Fore more information on Baisakhi
Every Sikh baptized as Khalsa vows to wear the Five “K’s”

Kesh – uncut hair and beard, as given by God, to sustain him or her in higher consciousness; and a turban, the crown of spirituality.

Kangha – a wooden comb to properly groom the hair as a symbol of cleanliness.

Katchera – specially made cotton underwear as a reminder of the commitment to purity.

Kara – a steel circle, worn on the wrist, signifying bondage to Truth and freedom from every other entanglement.

Kirpan – the sword, with which the Khalsa is committed to righteously defend the fine line of the Truth. 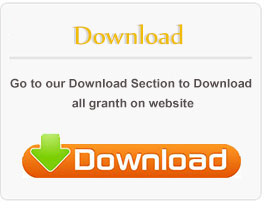